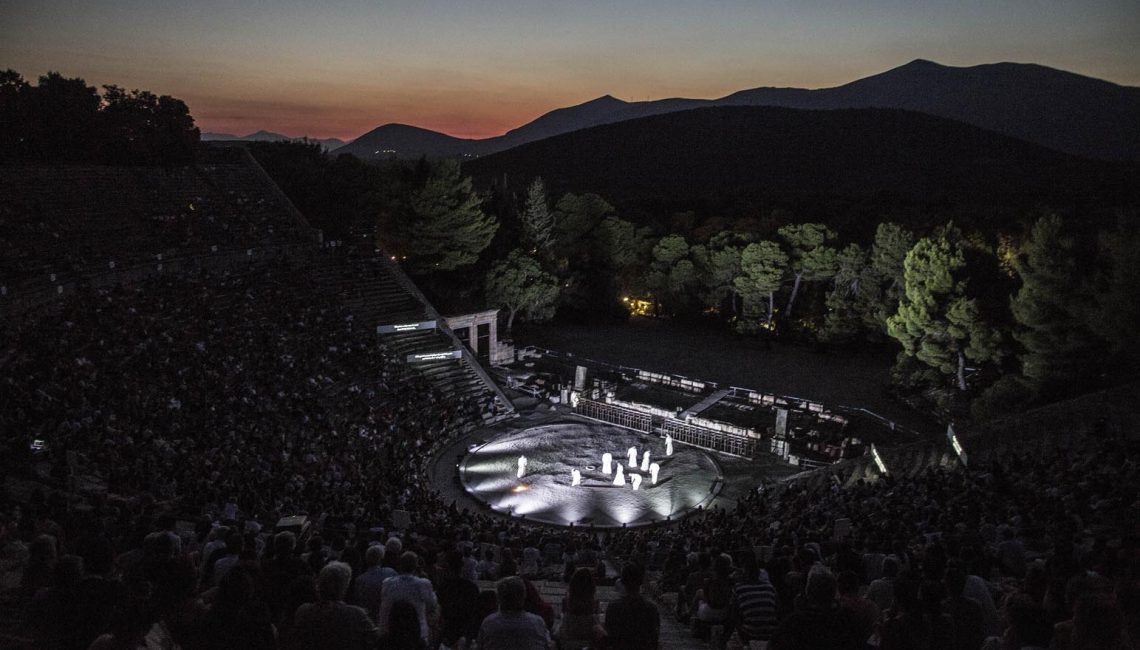 The Persians (472 BCE) is the oldest ancient Greek drama that has survived in full to the present day. It is also a historical record of the most important battle of the second Persian invasion of Greece (and one of the most crucial conflicts in human history), the Battle of Salamis, in which the play’s author, Aeschylus, took part.
Without triumphalism or bravado, and with respect for the suffering of the de-feated, Aeschylus delivers a paean to the freedom of the individual, juxtaposing democratic ideals with tyranny and blind obedience to power. Victory crowns those who act wisely, while the mechanism of justice punishes anyone whose pride leads them into excesses, offending both gods and men with their arro-gance.
Set designer: Alegia Papageorgiou
Costume designer: Eva Nathena
photo credits: Thomas Daskalakis
Previous Project Back to projects Next Project